The Hi-Fi of Lo-Fi Jazz 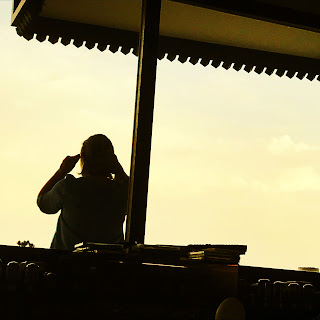 I Iisten to a lot of music. Sometimes it feels like I am sifting through gravel, waiting for that moment when I encounter a precious stone amongst it. For me, these gems mostly appear as part of readily identifiable genres. I I find them hard to classify, I sometimes list them in my collection as 'Wonky',

It’s not often that I discover a whole seam of music but one day in mid-2018 I stumbled upon a track called The Accord by Harry Wolfman. For me it immediately stood out with its muddy mix of samples, with melody glinting, as those panning for gold might see a cleanly glittering speck of gold amidst the mud from the riverbed.

The Accord by Harry Wolfman

I dove straight in and listened to nearly everything Harry Wolfman had produced. Then, starting with the ‘Those who bought this also bought this’ facility on Juno Downloads, as well as checking other artists on the same record labels, I began to piece together names of others who I recognised as part of the same musical movement like Loz Goddard.

However, because I didn’t know a genre name to help me, I was lost as to how to describe this newly found (for me) genre. I created a folder on my computer simply titled Wolf to store everything I found. I then began sifting through my own collection to see if I could find other kindred tunes.

The constituents I was looking for were such elements as a ‘muddy mix’, excessive phasing, or otherwise distressing of the original samples, plus a particular fondness for mysterious spoken word samples or tantalising vocals that sound as if they are coming from a slightly out of tune radio.

I immediately identified what could well be described as a flag waver for this mystery genre. In 2013 Andhim had a hit with a gorgeous track called Hausch. I remember when it first came out being transfixed by the distressed, searingly soulful male vocalist with the oh so familiar line, ‘She’s not just a plaything, she’s flesh and blood just like a man’.

But who was the original male vocalist, and what was the song? Ah yes, it wasn’t a man, it was Queen Aretha singing Do Right Woman. So, time to resurrect Hausch.

After a couple of months of musical mining I was gushing to a record producer friend about the tunes I had become obsessed with and he knew immediately what I was describing and gave me the genre label: Lo-Fi.

Now I had something to Google and soon discovered that the most recent incarnation of the term Lo-Fi was around 2016 and that there were some leaders of the pack like DJ Seinfeld and Mall Grab and DJ Boring. Leaders they might be, but I didn’t really like anything they produced. It seemed to me that for most of their output the fascination with distressed samples overweighed the power of melody which was often buried in a distorted Ketamine mumble.

I read a comment from the time in which a journalist remarked that the reason Lo-Fi House had not taken off in clubs was because the muddy quality of the mixes sounded shit on a decent sound system. Consequently the scene tended to be located in smaller underground venues.

What I was discovering was not poor quality but a lush additions to the soundscape, not negation of it. These distressed, phased tones with seemingly incompatible EQing were creating a new range of tones to the musical pallet. Tones which for me carried with them a powerful emotional quality.

I have always enjoyed Jazz in its many variants and began to notice that much of the Lo-Fi that I favoured had a Jazz flavour in the samples so started to look for the crossover between Jazz remixes and Lo-Fi. Odd tracks started to filter into my sets and I discovered that many of the tracks I had collected had a rather cool and sophisticated tone that were well suited to early evenings.

Before long I started to discover that some of the producers with an inclination towards Jazz remixing had added their own Lo-Fi signature with what I call ‘slurring’. It’s as though a jazz instrumental is playing on vinyl and someone keeps gently nudging the turntable to slur the notes.

It drove me mad when I first heard it, but then gradually became one of my favourite effects.

After several months I was still gushing about this genre when I cornered a journalist friend of mine to tell him of my discovery and he burst out laughing.

He then went on to tell me that it was not the producers who first coined the term Lo-Fi but rather a group of music journalists during a long liquid lunch. He knew this for certain — because he was one of them!

Of course it is rarely the artists who name their movements. The artist’s rôle is to sense and develop art which captures the zeitgeist.

The term Impressionism was not coined by the artists but rather an art critic, Louis Leroy from the French satirical magazine Le Charivari He wrote a review of an exhibition comprising a group of the founding fathers of the impressionist movement in 1874. The exhibition included work by Monet, Sisley, Degas and Cezanne.

One of Monet’s paintings was entitled ‘Impression: Soleil Levant'. This provided Leroy with the title for his satirical review: 'The Exhibition of the Impressionists'

It seems that despite drawing attention to one of the most important art movements of all time, Leroy wasn’t all that keen on what he saw. He summed up his view of the Monet work with the words:

Impression, I was certain of it. I was just telling myself that, since I was impressed, there had to be some impression in it  — and what freedom, what ease of workmanship! A preliminary drawing for a wallpaper pattern is more finished that this seascape.

So what is it that appeals to me about Lo-Fi and my own predeliction for Lo-Fi Jazz? Well, as the saying goes, ‘There’s no accounting for taste’, which is evident in the taste divide between those who love Marmite and those who can’t stand it. To me this music carries a great deal of emotion.

I began thinking about how we remember things. Often, looking back, our memory is cleaned and polished. We remember situations as though they have been shot in 35mm. In reality most of our experiences are rarely so clear — there will be background sounds and distractions, all of which help to cement events in our future memory. For me Lo-Fi captures this complexity and nuance of memory as events and stimuli drift in and out of the soundscape.

This might all be a silly theory written by someone who spends way too much time in his thoughts with music, but if you've read this far and you would like to get a glimpse of what I'm talking about I have just put together my third volume of Lo-Fi Jazz mixes, and below you will find the links to all three.

I'm aware that this might be the Marmite of music, but I have always been missionary spirited and love this seam of music so intend to keep putting it out there along with my usual Balearic journeys and hope that there are ears that will hear. 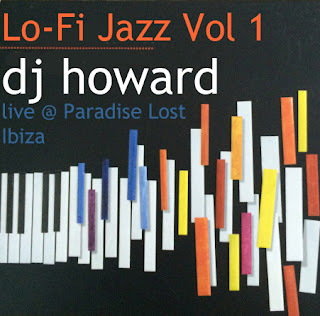 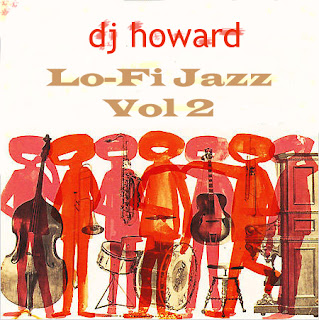 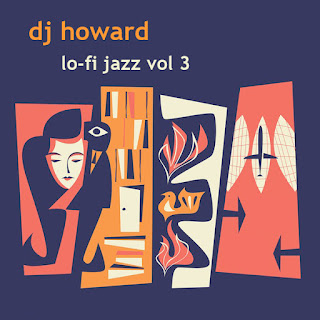