DJ’s Getting It Wrong

Being a DJ is much like any other profession in that when a group of them get together the conversation can very easily slide into complaints about “Them and us”. The gigs we played that would have been marvellous if only the management hadn’t provided us with a crap sound system, or the punters had shown at least a basic appreciation of music, etc, etc.

Recently it occurred to me, from some of my own experience, that of course not all failed gigs are down to external circumstances and just as tired drivers make for car crashes, fatigued or bored DJ’s can also result in problems with the flow of an event. Of course few DJ’s are willing to publicly admit to any of these failings, so after talking to a number of fellow DJ’s I agreed to write about some of their experiences anonymously. Not all of these are technical problems and some are just simply embarrassing. The following were transcribed from memory and I offer them with no comment.

1. The place was full and it was a very hot day. I ordered a beer and because I didn’t want it near the decks placed it on one of the bass speakers by my side. I’d been playing for about half an hour when suddenly not only the music cut out but also the lights of the venue. My first words were, “What the fuck!” as I appealed to anyone who could help as my eyes caught sight of the broken glass by my feet. The glass of beer had vibrated off the speaker and onto the power source blowing the amplifier and taking out the power for most of the venue.

2. I generally only use headphone to line up the next track but this was going to be quite a complex mix so I kept them on while I was mixing from one to another. I was bouncing about excited by the mix, which had worked very well, and hadn’t noticed perplexing stares coming from the dance floor. I’d forgotten to push one of the volume sliders up so that the epic mix I had just completed had only been experience by me in the headphones and I had in fact plunged the whole dance floor into silence.

3. I like to dance when I play. Sometimes I dance a lot, very enthusiastically. One night the whole place was rocking and I was so carried away by the music that I hadn’t noticed the multi-plug block by my feet until I jumped on it, turning off the power supply for both the CD decks and amplifier in one move.

4. A couple of years ago I discovered a great deep and dark remix of a very cheesy pop song. Unfortunately I also had the original cheesy pop version on my computer. In the middle of a very deep set I accidentally put the wrong version on. Everyone stared at me but I just smiled and shrugged hoping they would think I was being cool and ironic. It worked as a few people began making silly dance moves while I found something take the mood back to where it had been before.

5. Many of the producers who create dance tunes are pretty anonymous and you would have to be a real nerd to recognise them all. A guy came up to me once to ask about a particular mix I was playing. “Yes it’s great isn’t. I can’t stand the original but I think they have made this into a pretty good track.” “Thanks,” he said, “I made the original.”

6. I was playing in a beach bar. A rather pretty girl came into the booth for a chat. As I was just about to take a break for lunch I asked her if she would mind if I joined here and her group of friends. Seated at the table we were chatting away about music and Ibiza. Then came one of those moments when it seemed as everyone else’s conversations came to an end as I spoke. Turning to her I asked, “So what do you do Kate?” The whole table erupted in laughter. Her second name was Moss.

If anyone has any more DJ tales of 'DJ's Getting it Wrong', please forward them to me and I promise not to use any names. 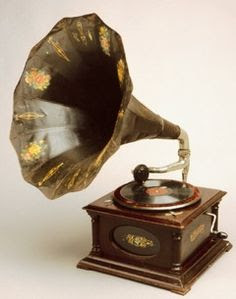