Everything is Better With You 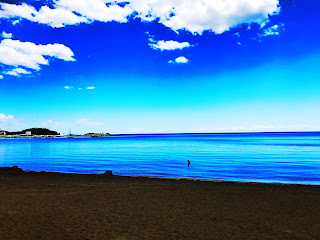 In March 2020 during the first week of the Corona virus lockdown in Ibiza, I was asked by a friend if I would DJ for her virtual birthday party, using the Zoom app. I must admit that my initial thought was that this was something of a gimmick, but she was a friend so I agreed.

What I experienced was one of the most moving events I have ever participated in.

Looking at the screen full of enthusiastic dancing figures from around the world it suddenly struck me that for many of the participants the room I could see was the prison into which they were now condemned. I would like to imagine it was solely my music that was bringing such joy to the party but in truth it was just one element. The major force was the sense of shared community. A growing awareness that we were all sharing and in the process breaking out of our own sense of isolation.

Based on this experience I decided I’d start my own weekly event with the title ‘Music Sounds Better With You’ because, as my experience of the Zoom birthday party showed me, sharing does improve the experience. A meal by oneself in a restaurant, no matter how good the food, is rarely as much fun as even a simple meal of bread cheese and wine when shared with friends. Those memorable evenings many of us have experienced in a nightclub have not just been about the music but the shared experience with our group of friends. 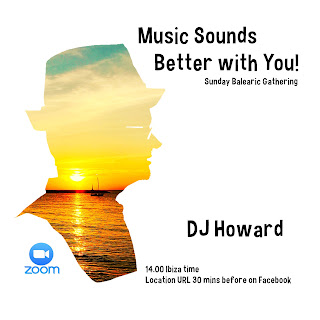 Although many other DJ’s were starting to do their own live streams on Facebook and other platforms I decided that I was going to use the Zoom app because it allowed more of the human interaction that many of us were thirsting for. I knew that getting people to download the app and join in was not going to be easy, probably because many, like me, believed it was something of a gimmick. But amazingly a weekly hard core of around 30 individuals and families from Spain, UK, Nepal, Israel, Finland, Switzerland and France logged on week after week for nine weeks! 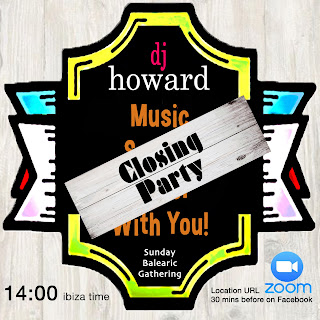 While this was happening I, like many others, started to spend more of my newly acquired free time on Facebook where the tone of communication seemed much less collaborative, more tribal and polarised. I wish I could claim that I was a model of tolerance but instead became angrily determined to challenge all with reason and fact. I eventually realised eventually that in a world where nothing seemed certain I was fighting to resist any ideas that challenged my own views, particularly when many of those views were expressed in such an uncompromising way that they excluded any dissent.

One day I remembered some words from my Buddhist mentor Daisaku Ikeda. Starting in the 70’s Ikeda began a series of dialogues with academics and leading thinkers covering a wide range of topics concerning society and attempting to find the common thread between Buddhist thought and contemporary issues.

At one point Ikeda was interviewed by a journalist who asked him how it was possible for him to conduct seemingly creative dialogues with such a diverse range of people. His answer was very simple. He said that first of all they established a friendship based on those areas on which they agreed. Then, and only then, were they able to move on to discuss those areas on which they disagreed.

It struck me that with Facebook and other apps we are apparently able to create friendships with the click of a button, which circumvents the need to create human bonds of friendship and mutual respect before tackling areas of disagreement. Many of us are learning confrontational and polarising manners of speech that are antisocial that simply don’t work in the real world.

It is well documented that a sense of isolation and loneliness is growing in the world. The British government has even appointed a minister tasked with looking at how to remedy this in the UK ,which in recent research found that 9 million people often or always feel lonely. I am certainly not saying that Facebook and other social media is responsible for loneliness but I do find the tone of much dialogue is divisive.

This set me on a journey to investigate how is it possible to improve our relationships with each other, starting with myself. A book called The Talking Revolution* led me to discover The

A few years later an additional study was started based round 456 teenage boys from Boston’s poorest neighbourhoods. After a few years these two projects were combined and eventually it continued for 75 years. Most of the participants continued to participate in the study for as long as they were able to, creating one of the broadest and longest- running studies of human well-being.

The results from these tens of thousand pages of data are startling and Robert Waldinger, the fourth director of the study, noted that, ‘People who are more socially connected to family, to friends, to community, are happier. They’re physically healthier and they live longer than people who are less well connected’

But surely, it was asked, ‘What about exercise, diet, position in society and money? Don’t they make a difference?’ The answer, according to the study (which as I noted covered a broad cross-section of society), was categorically,  ‘No.’ Those people with good personal relationship are healthier and live longer regardless of background and personal habits and diet.

It seems therefore that it’s not just music that ‘sounds better with you’ but our whole experience of life itself is improved by our good relationships with those around us. This is the thought that is now etched into my brain as I contemplate the coming season in Ibiza and beyond.

Posted by DJ Howard Ibiza at 00:32 No comments: